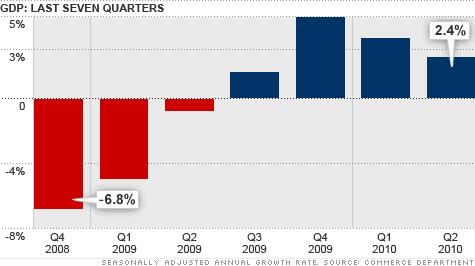 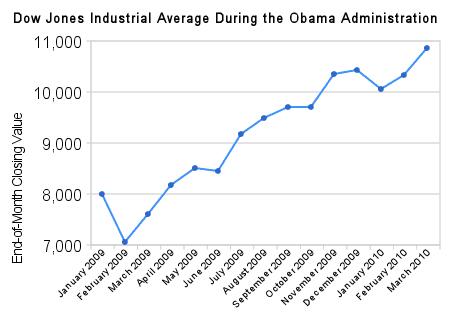 Or here’s a slightly different issue. Some may look at the charts above and say, “Well, OK, he improved the economy but did so by driving up the deficit with increased government spending.” The chart below shows that this too is false. The deficit has gone up, but not because of govt spending (the red bar, which is about the same now as it has been since Bush took office in 2001) – it is because the disastrous economy that Bush left behind in 2009 meant an enormous drop in revenue (the green bar). A shrinking economy, soaring unemployment, and huge tax breaks for the rich meant a huge drop in the amount of tax money coming in (the green bar). 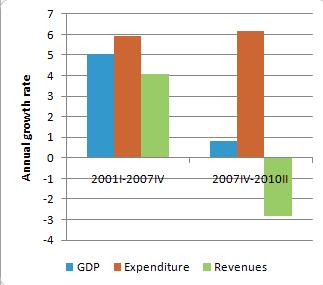 In light of these charts, you can decide whether we’re moving in the right direction or whether we should go back to the trajectory the Republicans had us on in Jan. 2009.

3 thoughts on “Looking back to Obama’s first year”